August 2011 wallpaper is a Fin Whale surfacing. To set the picture as your computer desktop wallpaper background, double click on the image to open it in full size then right-click the mouse while it's over the picture. Select the 'Set as Background' menu option, or the 'Set as Wallpaper' option, depending on your browser type. If you want to learn how to take images like this, click here to join us on an instructional pho-tour. 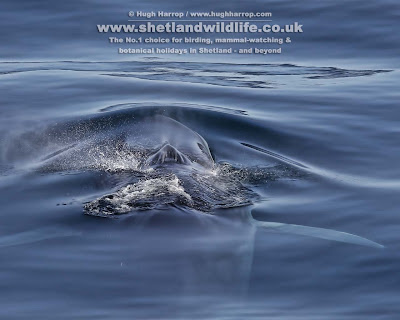 It remains as popular as ever, so it was no surprise that our exclusive winter pho-tour to Finland and Arctic Norway from 10 - 17 March 2012 sold out! We have therefore arranged an additional week to meet demand and we are now taking bookings for 17 - 24 March 2012. Read all about this awesome trip here and please e mail or call our office on 01950 422483 if you require any further information.

To see what great opportunities this trip offers for bird photography, visit our Facebook gallery created from the 2011 trip and click here, here and here! 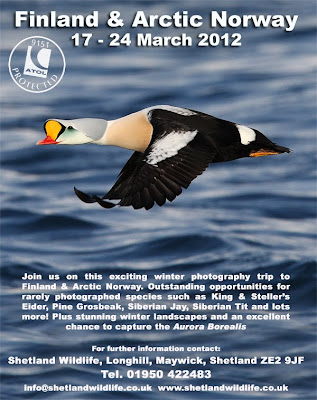 Shetland's track record for attracting rare and scarce migrant birds every Autumn is second to none. Our track record for getting you to see them, is unrivalled. We are already extremely busy for Autumn 2011 with a total of five trips running. Our three 'new style' Fair Isle Autumn migration holidays sold out but 2 places have just become available on the 17 - 24 September departure. Autumn Gold proves as popular as ever and we have 2 spaces left on the 24th September - 1 October trip and 1 space left on the 1 - 8 October trip. Get in touch if you'd like more info or would like to book. See the best birds with the best birders - all organised for you by Shetland's number one and ONLY full-time professional wildlife holiday company!

To whet your appetite, Dave Fairhurst has summed up the autumn of 2010:

"August saw the summering drake Surf Scoter lingering around Burra and Trondra on and off throughout the month. During the month two different Paddyfield Warblers were seen on Unst, and an adult Greenish Warbler was in the Sumburgh Hotel garden for a couple of days - at times it was heard singing! The undoubted highlight of the month was a Sykes's Warbler up on Unst along the Burrafirth Burn The early September highlight from the East was the discovery of Britain's 15th-ever Eastern Olivaceous Warbler in Ireland near Bigton by Hugh & Alan and from the west came two North American Buff Bellied Pipits, both of which gave great views for our travellers! The first bird associated with Meadow Pipits around the North Light on Fair Isle during our first trip of the autumn, and as we watched the bird it was joined firstly by a Yellow Browed Warbler and then incredibly by a male Bluethroat: it could only happen on Fair Isle!! The second bird out at Eshaness was also particularly obliging. Nearby, also from the Canadian Arctic, were up to three Buff Breasted Sandpipers which were completely oblivious to their admirers, often passing within a few metres of us!

As well as the Buff Bellied Pipit our first Fair Isle trip had many memorable birds including: Citrine Wagtail, Barred Warbler, Yellow Browed Warblers, Ortolan Bunting, Common Rosefinches, large numbers of Lapland Buntings, Buff Breasted Sandpiper, Jack Snipe, Hornemann's Arctic Redpoll, and a classic Fair Isle bird which we discovered early one morning - a Pallas's Grasshopper Warbler. On our return to the mainland we were also able to catch up with a rather showy Arctic Warbler in the roses at Sumburgh Head.

Still a true rarity, Red Flanked Bluetail must be one of the most mythical birds to see. With a recent westward range expansion, this autumn has been the best ever for seeing them and our Shetland Wildlife groups didn't miss out. Our groups managed to see three of these enigmatic Robin-like birds which breed in the Siberian Taiga - perhaps the best one being one that we found ourselves up on Unst! Britain's most northerly island was also the place where we caught up with another stunning Hornemann's Arctic Redpoll. Breeding in Northern Greenland and Canada, these snowballs' are much larger and paler than their Scandinavian cousins and as seems to be typical of this species, can be very approachable, this bird being no exception. Being particularly skulky and tricky to identify, Blyth's Reed Warblers are another sought-after rarity and we were lucky this year with our groups seeing three different individuals. This species breeds in Central Asia and winters on the Indian Subcontinent making it all the more incredible that they turn up in Shetland at all. Western Bonelli's Warblers are one of the smartest looking leaf' warblers from Southern Europe and we managed to catch up with two different individuals this autumn including one bird feeding in sycamores at Seafield in Lerwick. Equally as confiding was the Radde's Warbler at Sumburgh Farm.

Now treated as a full species, the Sykes's Warbler is a very rare vagrant from north east Arabia and Iran, and we were fortunate enough this autumn to see two individuals: the first was a long staying bird at Channerwick, and the second a far more confiding bird on Fetlar. In early October we were very lucky to connect with another Shetland speciality, this time a Lanceolated Warbler. This bird was favouring the walls and garden at Britain's most northerly house on Unst. Lanceys' can show very well at times, and this bird was no exception with us watching it down to just a couple of metres! Despite the lack of westerly winds (a good thing as far as we are concerned!), a Swainson's Thrush was found in Levenwick in early October and several of our groups enjoyed views of this diminutive North American thrush. Also hailing from America, a Spotted Sandpiper was seen on Strand Loch for just one day in mid October.

We did very well for shrikes this autumn with both Red Backed and Great Greys seen on several occasions but it was the superb Isabelline Shrike at Spiggie that stands out. Present for five days in October the antics of this bird were arguably the highlight of the autumn for many. At times the bird could be watched devouring small birds and tearing rodents apart from one of its several larders! Nature at its best!

Our final trip of the season was to Fair Isle and we weren't disappointed! We were able to get some of our newly arrived guests onto both Pallas's and Sykes's Warblers within an hour of their arrival here on Shetland! Our highlights on the island included Blyth's Reed Warbler, Olive Backed Pipit, Radde's Warbler, Little Bunting, several Barred Warblers (including one bird feeding on the window ledge of our guest house!), Short Eared Owl, Red Kite (a very rare bird up here on Shetland), Jack Snipe and an excellent number of Lapland Buntings. It might not be the rarest of birds for the trip list, but the sight of a Long Eared Owl perched at 'the shop' will last long in the memory." 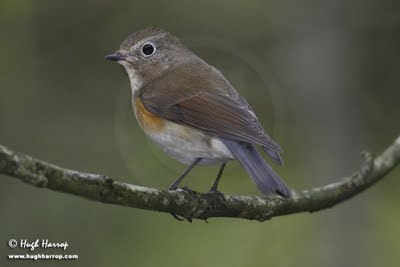 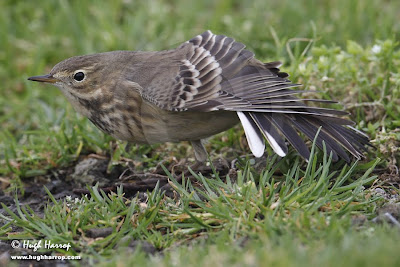 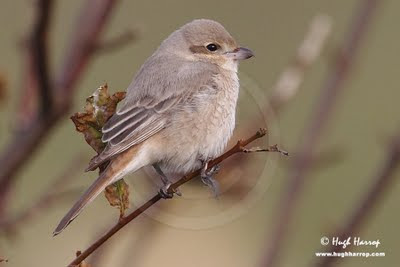 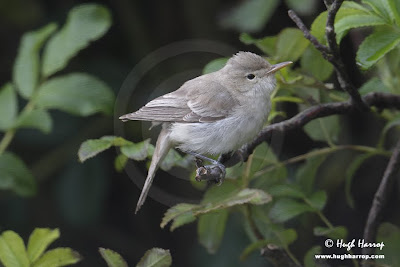 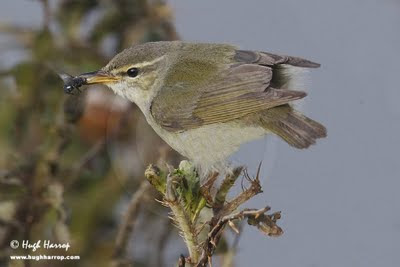 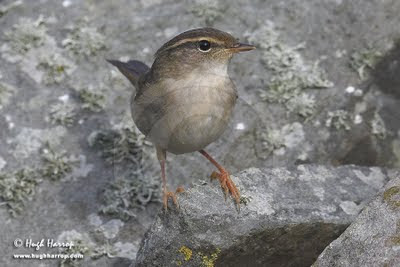 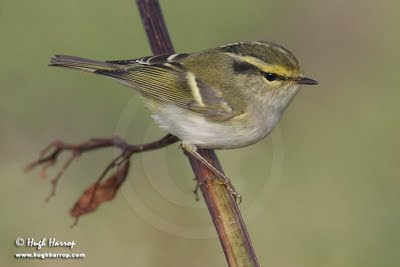 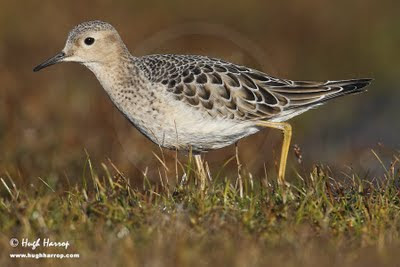 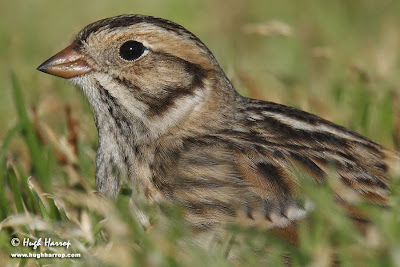 July 2011 wallpaper features our summering Long-tailed Skua, photographed on Monday 4 July 2011. To set the picture as your computer desktop wallpaper background, double click on the image to open it in full size then right-click the mouse while it's over the picture. Select the 'Set as Background' menu option, or the 'Set as Wallpaper' option, depending on your browser type. If you want to learn how to take images like this, click here to join us on an instructional pho-tour. 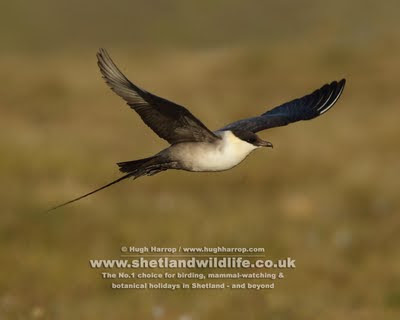 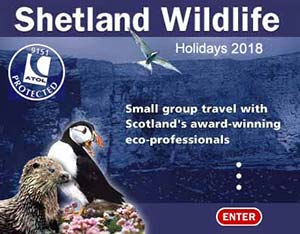